"We offer all children the opportunity to achieve a fun, active and healthy lifestyle through PE and school sport."

Pupils (..) are particularly proud about their achievements in sport.

We were delighted to have school sport recognised in our most recent OFSTED report. We have worked to provide quality CPD for staff which has significantly improved both enthusiasm for PE and the pupils' skill levels. Curriculum is varied throughout the year and we make the most of specialist coaches and advice from the School Sport Partnership links. Click here to check out last year's sports news.

We have again received the Sports Mark bronze for our sporting achievements in school which we are delighted with. Our School Sports Council are busy working on how we can achieve Silver, or preferably GOLD this next year. Our key area to achieve this is PARTICIPATION. 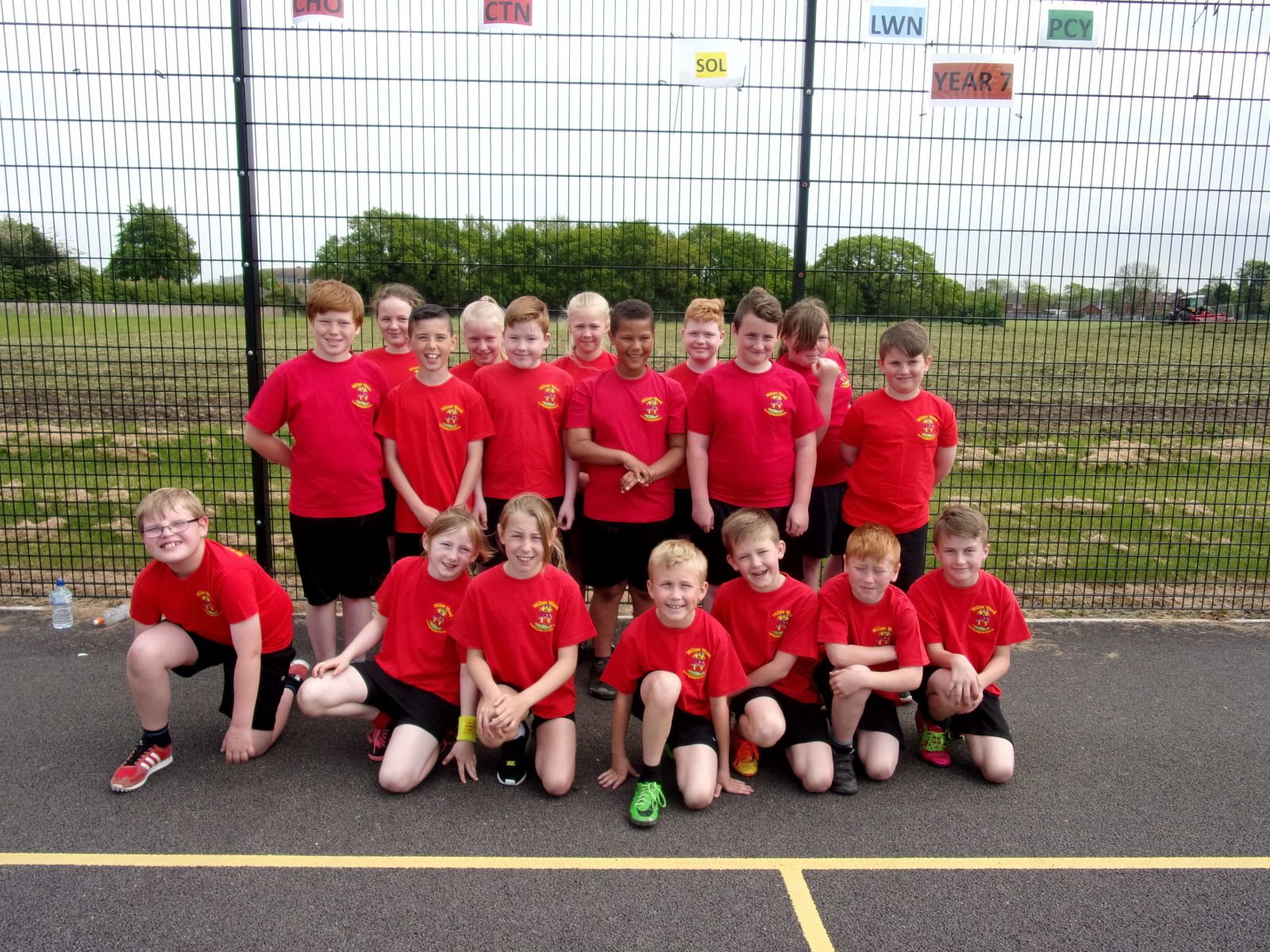 Well done to our two year 5 dodgeball teams who played in this inter school competition on Friday 13th May. Unfortunately we didn't get through to the semi-finals, although it was a close competition the places being decided on the basis of players left in rather than points across the first 5. we played well, despite a little confusion between the balls on each court! Well done to the year 9 pupils who officiated from the Academy, it was lovely to see some familiar faces. 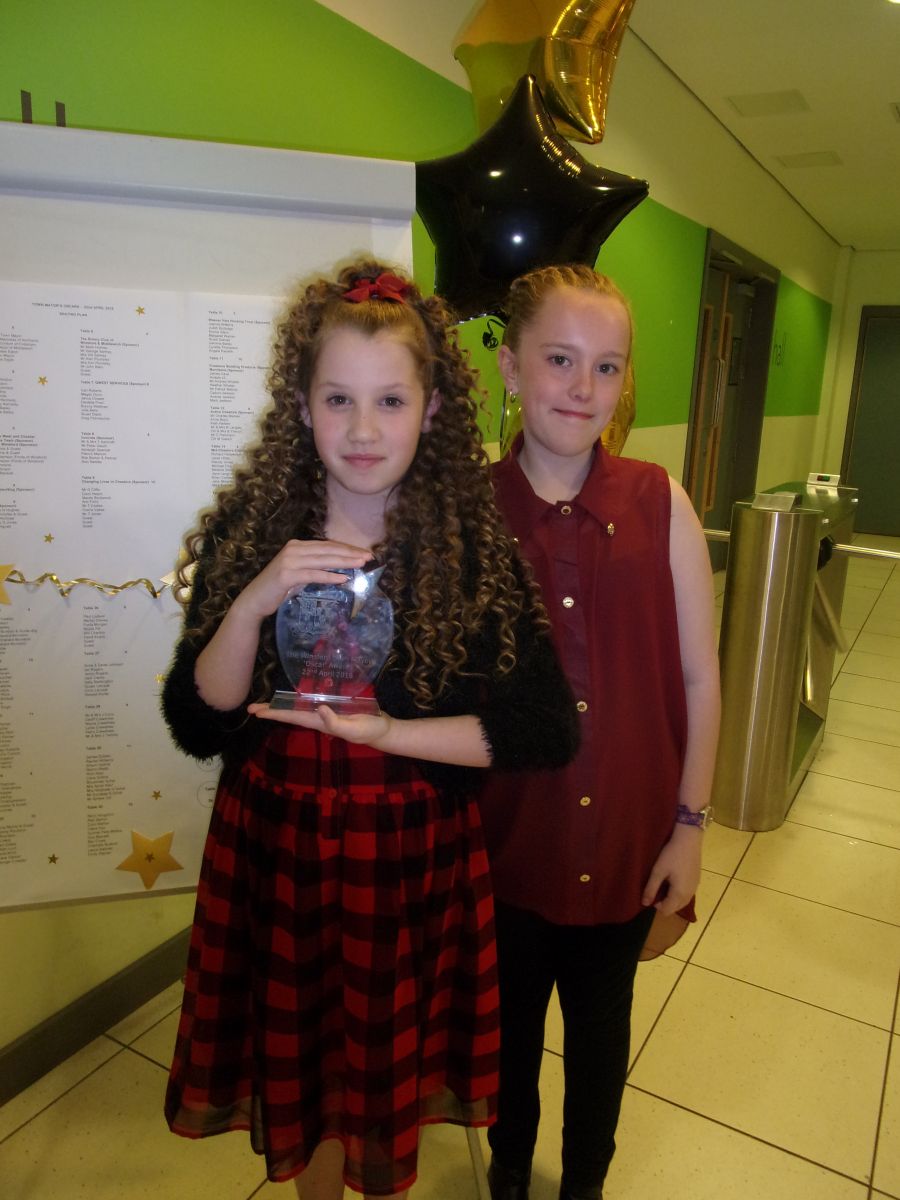 Our Change4Life team have been nominated for a Mayors Oscar, they are through to the final 3 and will be attending the ceremony at the end of April. Well done, what a fabulous achievement. 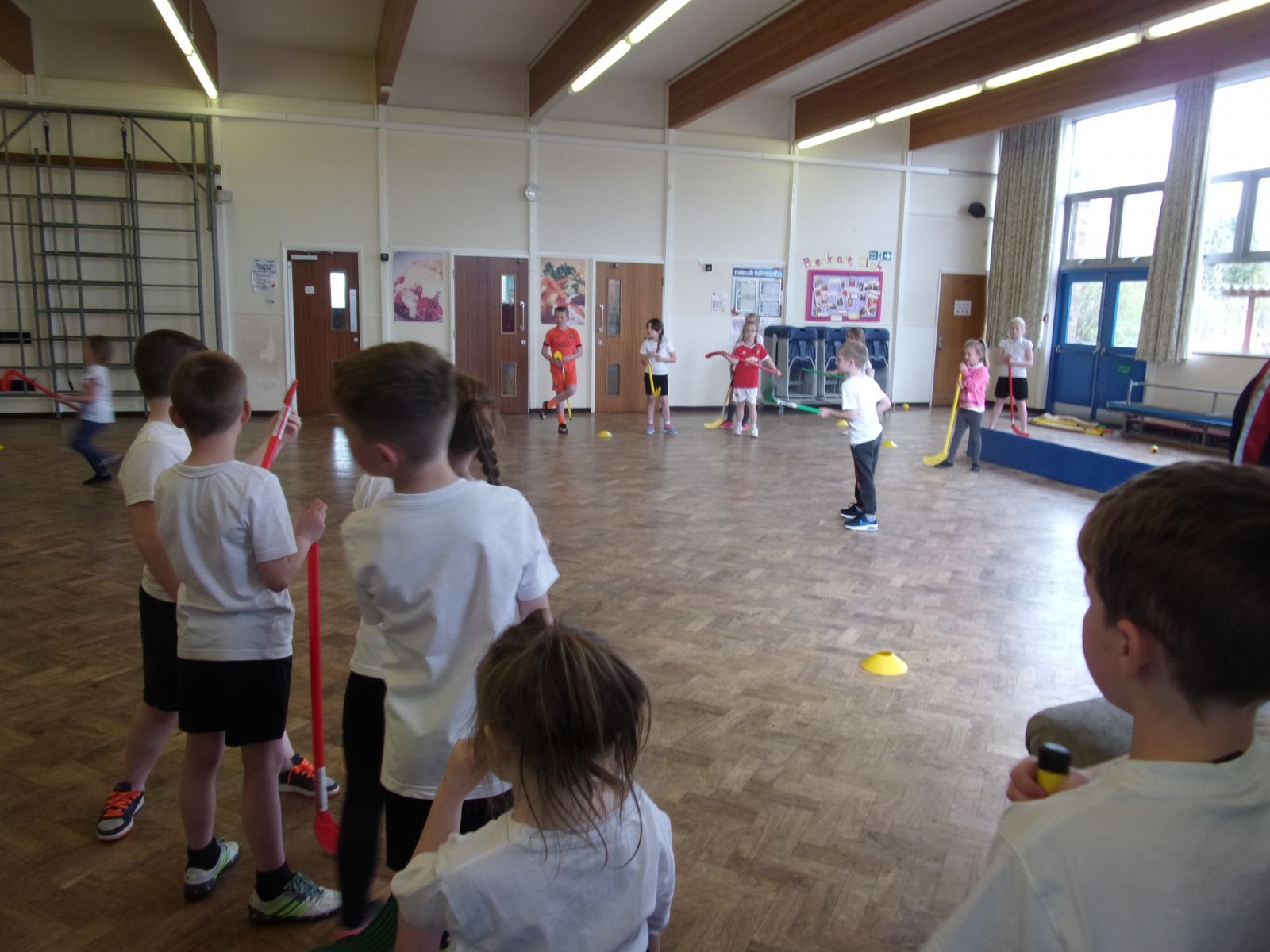 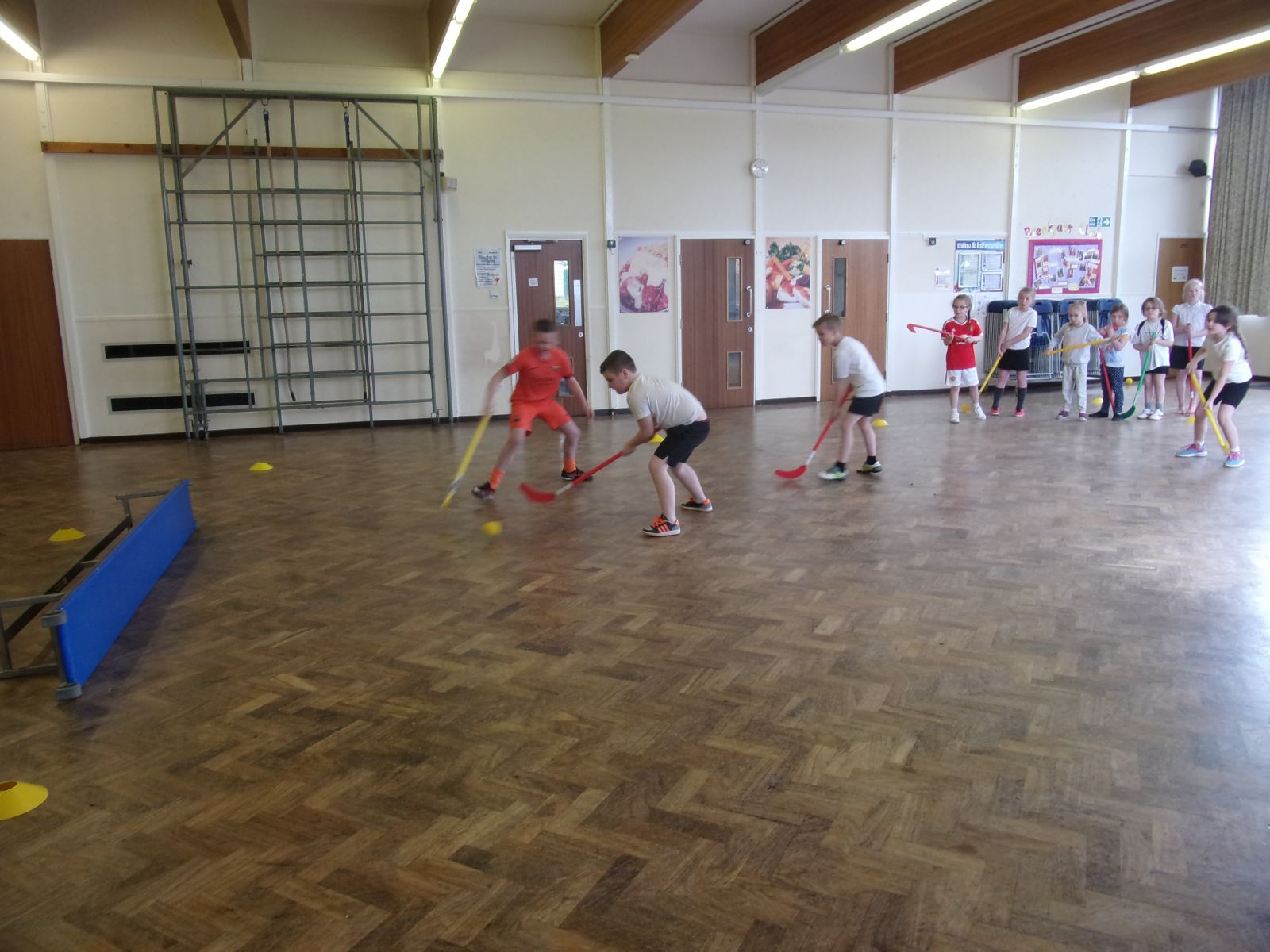 Monday After School club is Multiskills for years 2, 3 and 4. there are still some

Four pupils from Year 5 have taken part, representing Willow Wood, in the Performance Academy which runs during February and May half terms . The Academy is a chance for pupils to focus on the 5 different abilities of athletes: Physical, Creative, Social, Health & Thinking, meaning the programme has lighter activities to allow recovery, as well as more intense physical work to encourage increased stamina and endurance. We hope the children had a great time and look forward to hearing more about this when we return after the break.

Check out our article in the Winsford Guardian on page 75, our children talked about their enthusiasm for the Change 4 Life programme... it's great reading and really reflects the fun the children have. Thanks to Mrs Ridgeway for coordinating this.

Well done to the children who took part in the Quicksticks hockey on 5th February. Check out the results attached to find news of our Group B matches. We won two and lost two putting us in third place in the table out of 5 altogther. Thanks to the staff who helped with transport too.

Mrs Millar and Mrs Ridgeway took a team of five to represent Willow Wood today (Friday 22nd January) in the Vale Royal year 3/4 football festival. Feeling very nervous and a little excited, we approached the tournament knowing we would try our best and it would be an experience for us. We had never played together as a team before, and Mrs Millar was feeling a bit unsure about refereeing too! Look at the couple of photo files to give you a hint of our afternoon, but please read the blog on the year 4 class pages for a full festival report to see how we got on...

Celebrating after a match: https://secure.schoolspider.co.uk/uploads/110/page/85067_page_file.jpg

Playing in one game: https://secure.schoolspider.co.uk/uploads/110/page/85066_page_file.jpg

Our class councillors have organised several competitions which will run at lunchtimes during the spring and summer terms. Each class will enter one representative for each of the school house teams, (Oak, Sycamore, Beech and Horse-Chestnut) There will be a winner for each year group and an overall winning team.The first of these is a netball challenge.

Well done to Ted and Harry, who have organised this first competition and to their daily helpers. 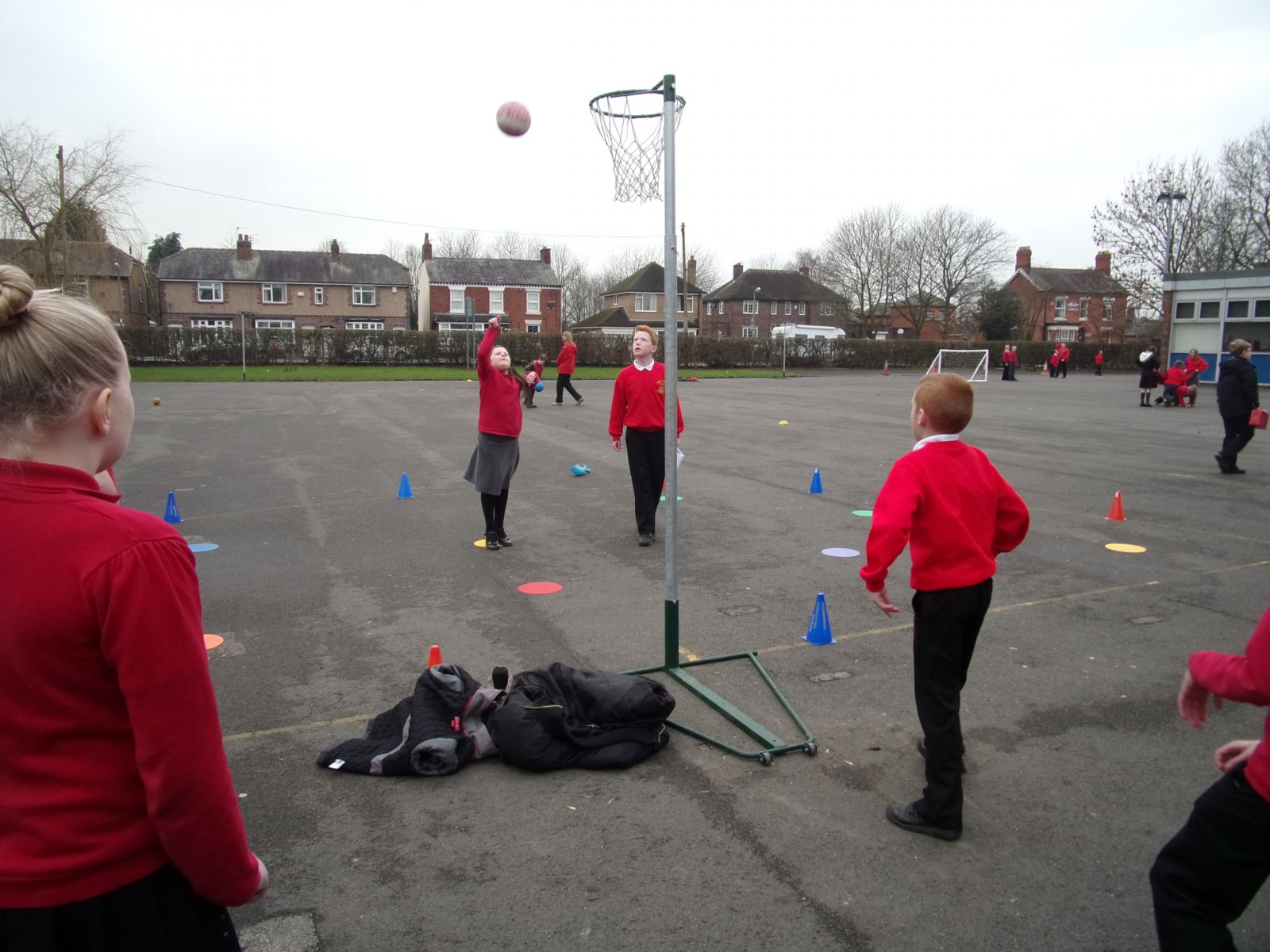 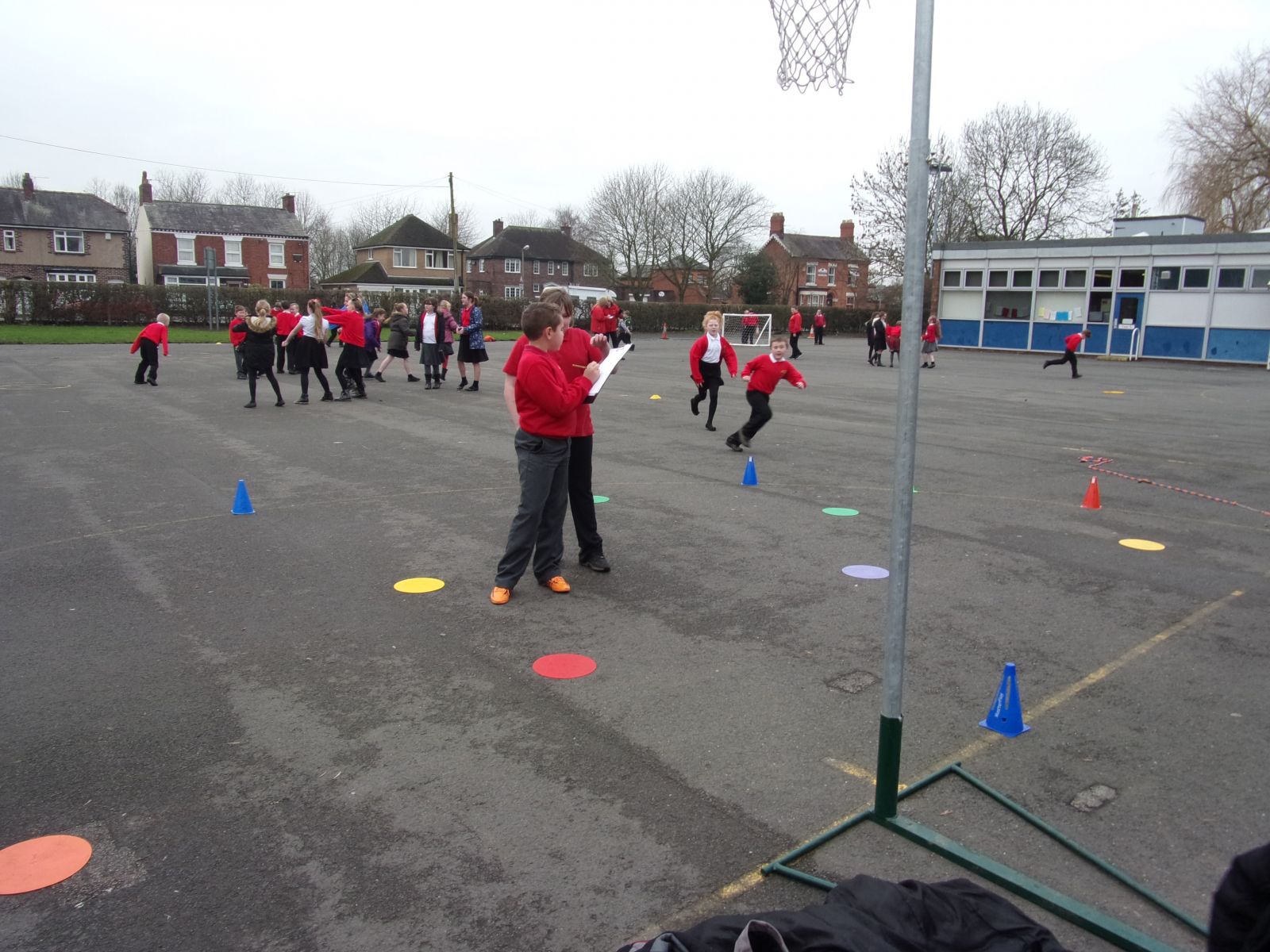 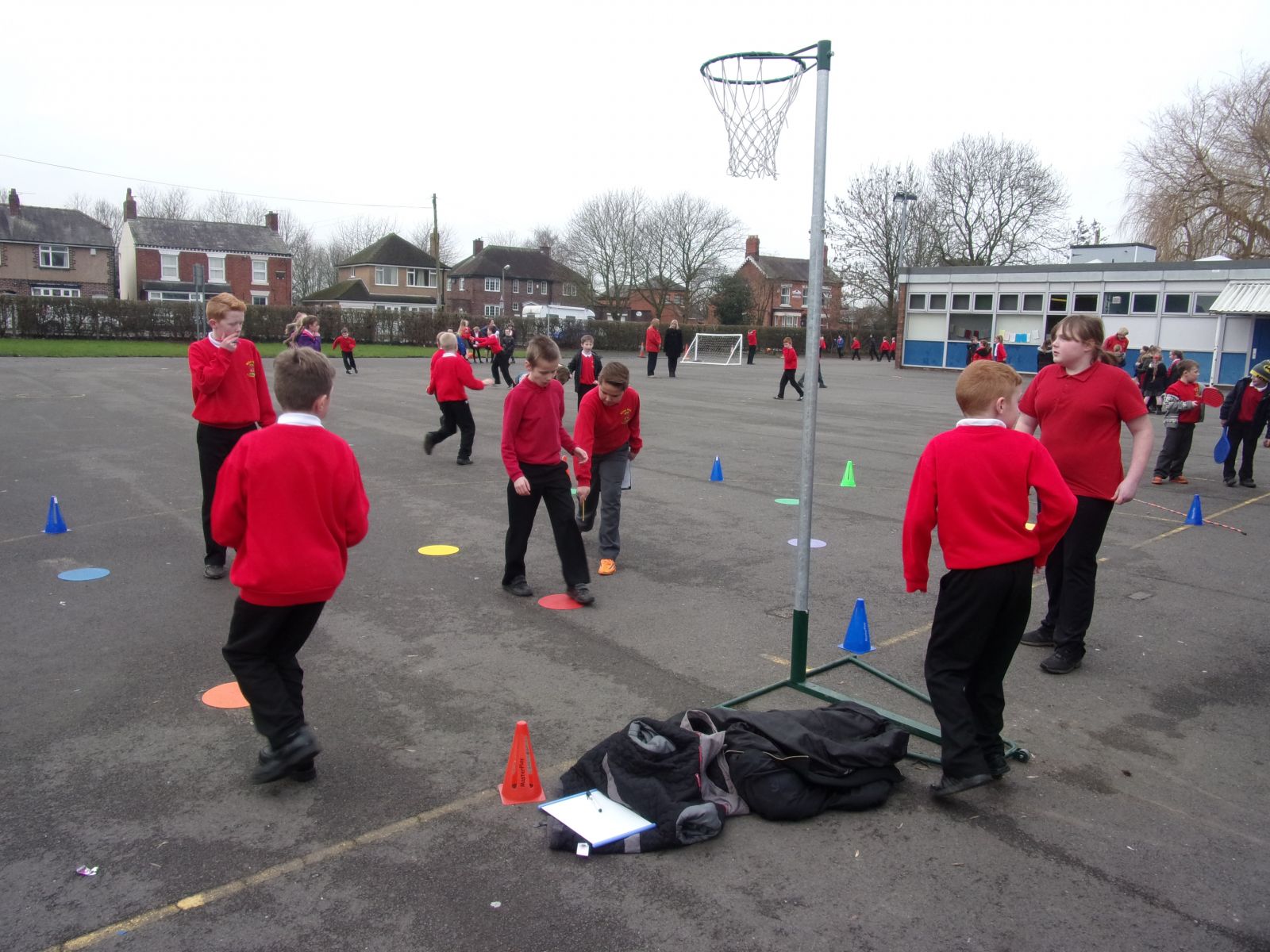 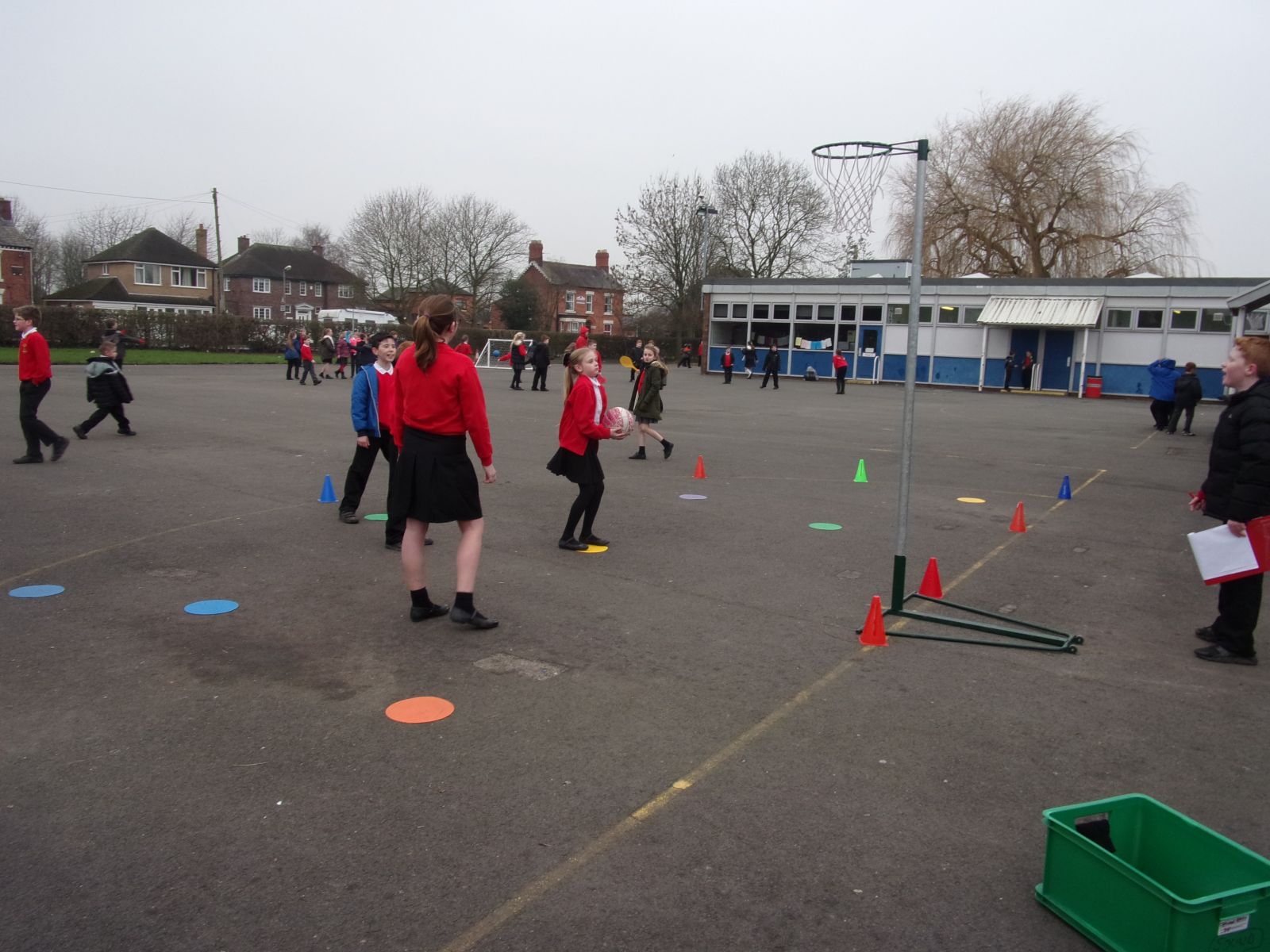 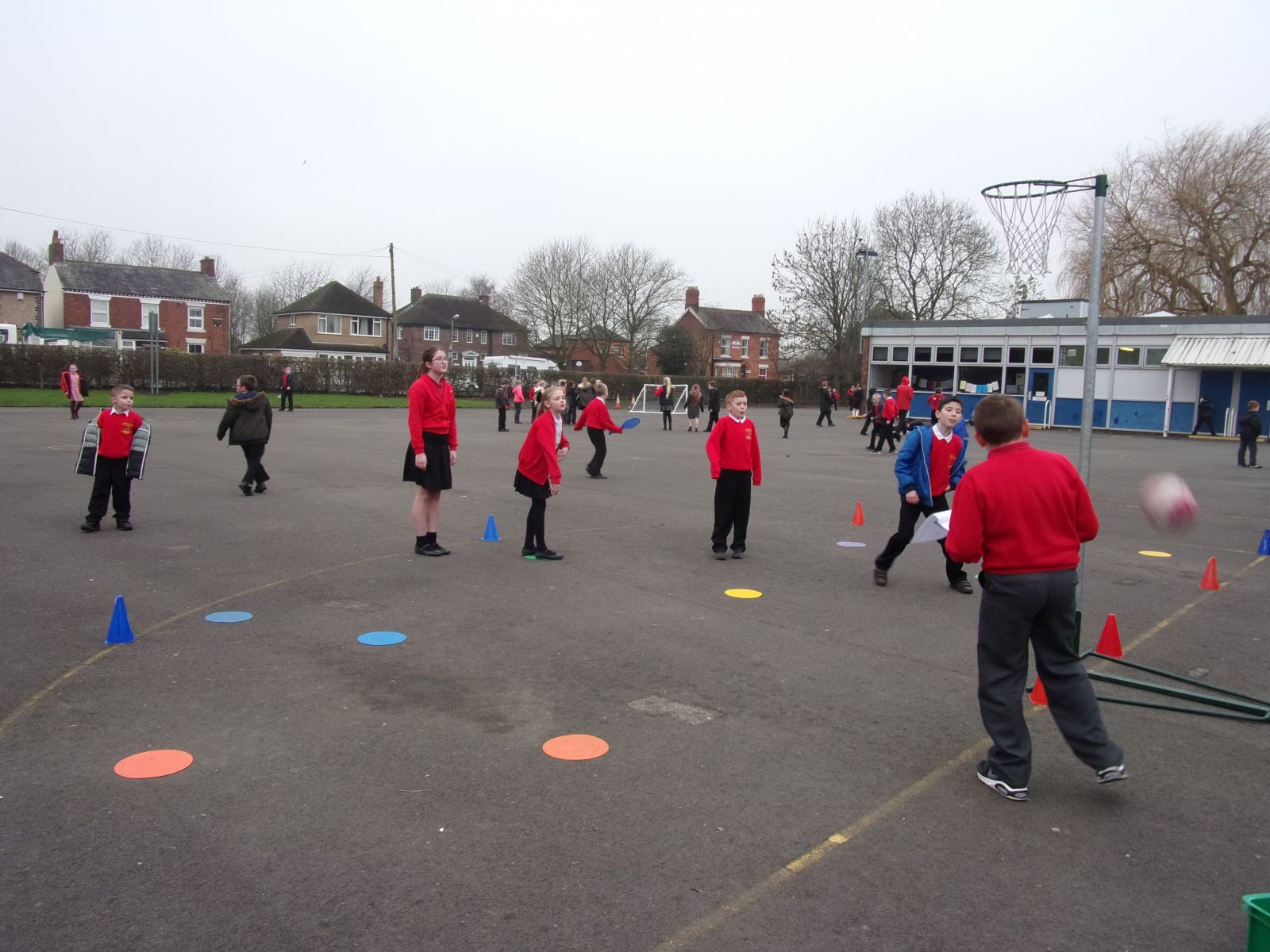 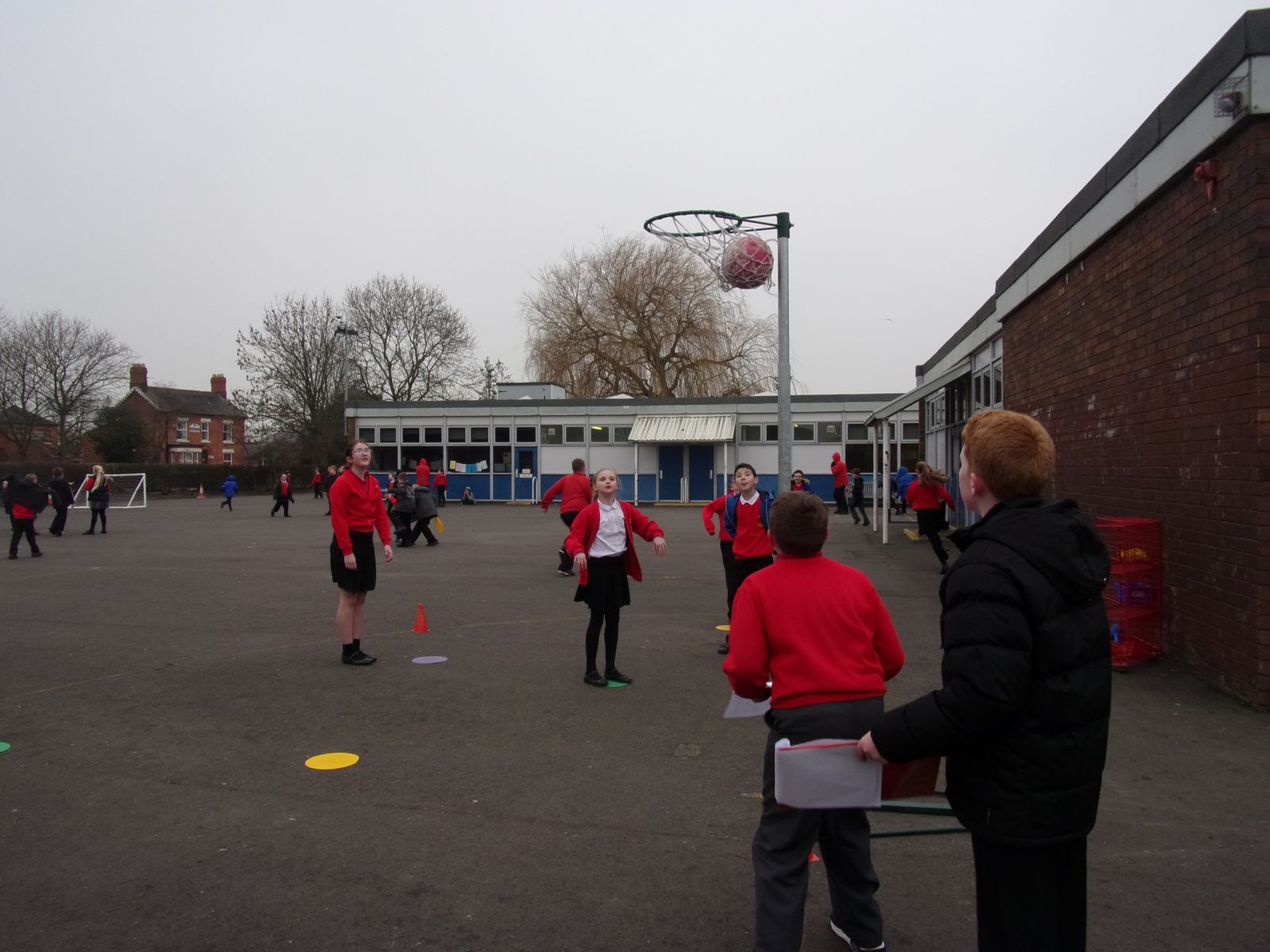 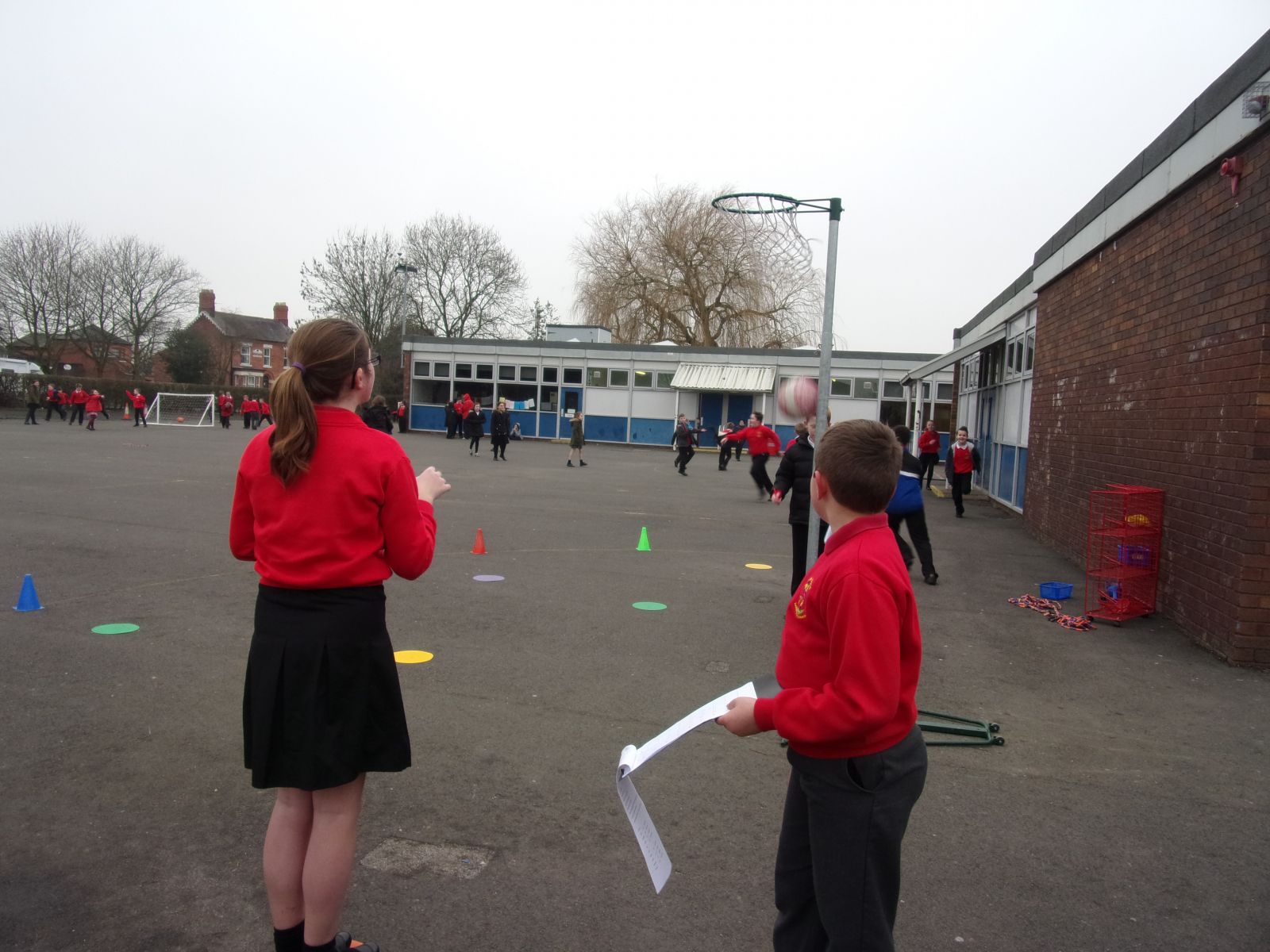 Two new 'After School Clubs' start this term. Sportscape will be delivering a gymnastics club for pupils who have shown a talent in their lessons and have the potential to enter the gymnastics competition run as part of the Vale Royal Cluster. Well done to children in year 3 and 4 who have been invited to come along to the taster session on Monday 11th January- we hope you enjoy it. Check out the routines we will be practising by following these links: floor, vault, body management.

Crewe Alexandra in the Community are also coming to run an after school club which will take place for five Fridays upto half term. Places were in high demand from Years 2, 3 and 4 for this and letters requesting places came in very quickly. If you have a place you should have receieved a letter confirming this. Although football boots and shinpads are recommended you will also need trainers as sessions may have to take place indoors if the rain keeps coming!

There are three competitions also taking place this term within the Winsford Cluster of Schools. All of these competition pathways lead to finals later in the year. Year 3/4 girls football is an event we have never entered before, it has already been postponed twice, third time lucky! For year 5 / 6 Sports Hall athletics takes place and also Quicksticks hockey. Hopefully we can organise transport for all of these events.

Change4Life leaders have done a fabulous job in school, but now its time to train up some new ones! Enthusiastic Young Leaders from year 5 will be attending an event at Hartford on Tuesday 12th January to learn some new ideas for running clubs. Our School Councillors are keen to lead work on promoting Healthy and active lifestyles this term so there should be lots happening!

Sports Councillors are planning weekly competitions for the Spring term, if you have any ideas for what competitions you would like let them know so that we can decide which ones will take place first.

Participation in PE is tricky when you don't have the correct kit, or sometimes even no kit at all. Sports councillors have been monitoring this for the last few weeks with disappointing results. Lots of children regularly don't have kit in school, if this is a problem for you or your child please speak to a member of staff. We will be contacting parents of children who regularly do not have kit this term.

Well done to Megan, Bella, Ben and Lewis who represented Willow Wood at the Boccia Competition held at UCAN on the 24th November. They played really well, having played the game previously at last year's Total Sports Festival. They won the first round and went through to the sem-finals, unfortunately we didn't progress to the final round though. Good Luck to St Josephs who will represent Vale Royal at the Cheshire Finals next month. 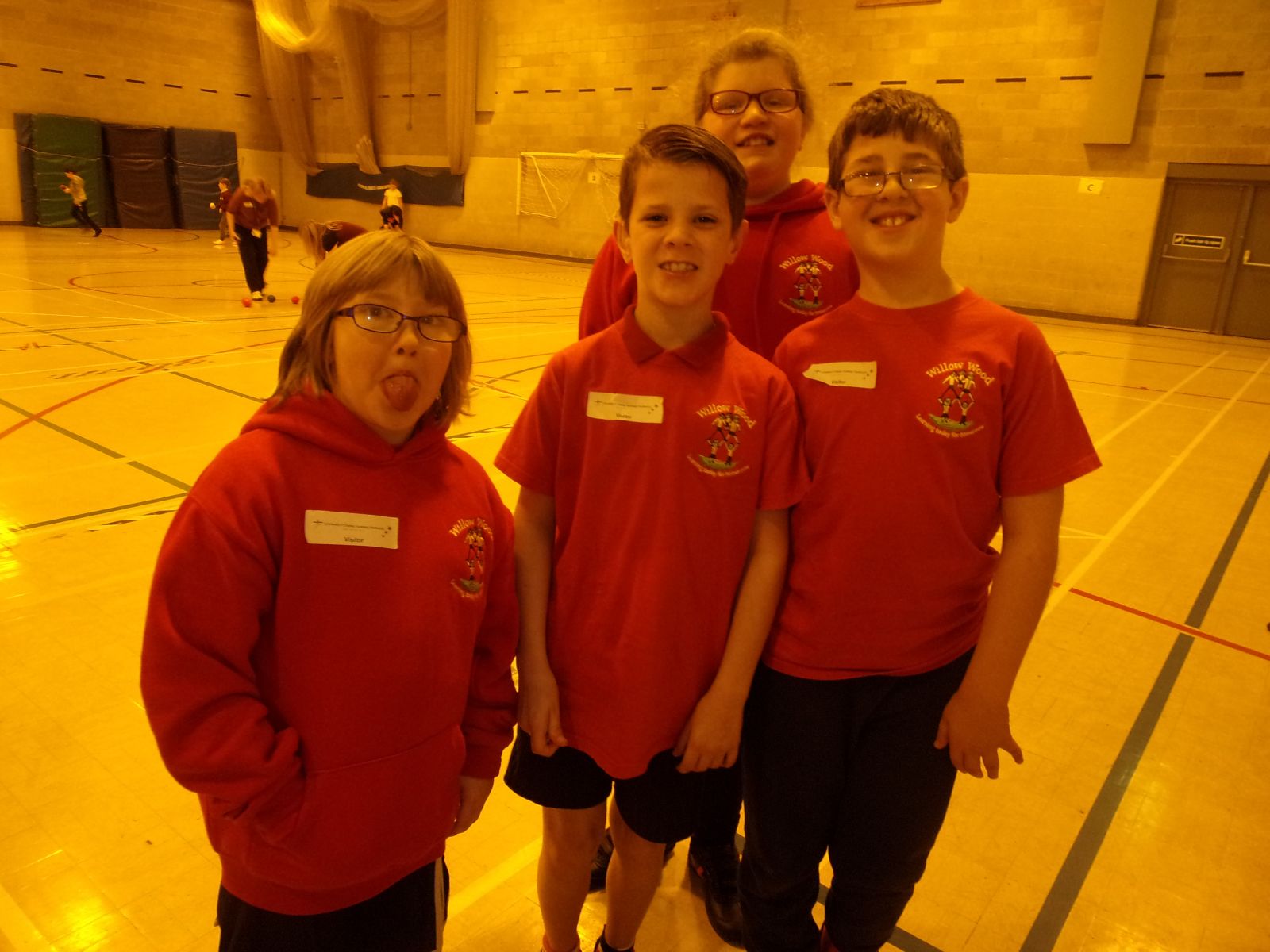 We had our first competitive match for year 3 and 4 against Over St John's this week. We took along a squad of enthusiastic newbies to netball and were delighted to watch their skills develop throughout the four, five minute quarters. Well done to everyone who took part. 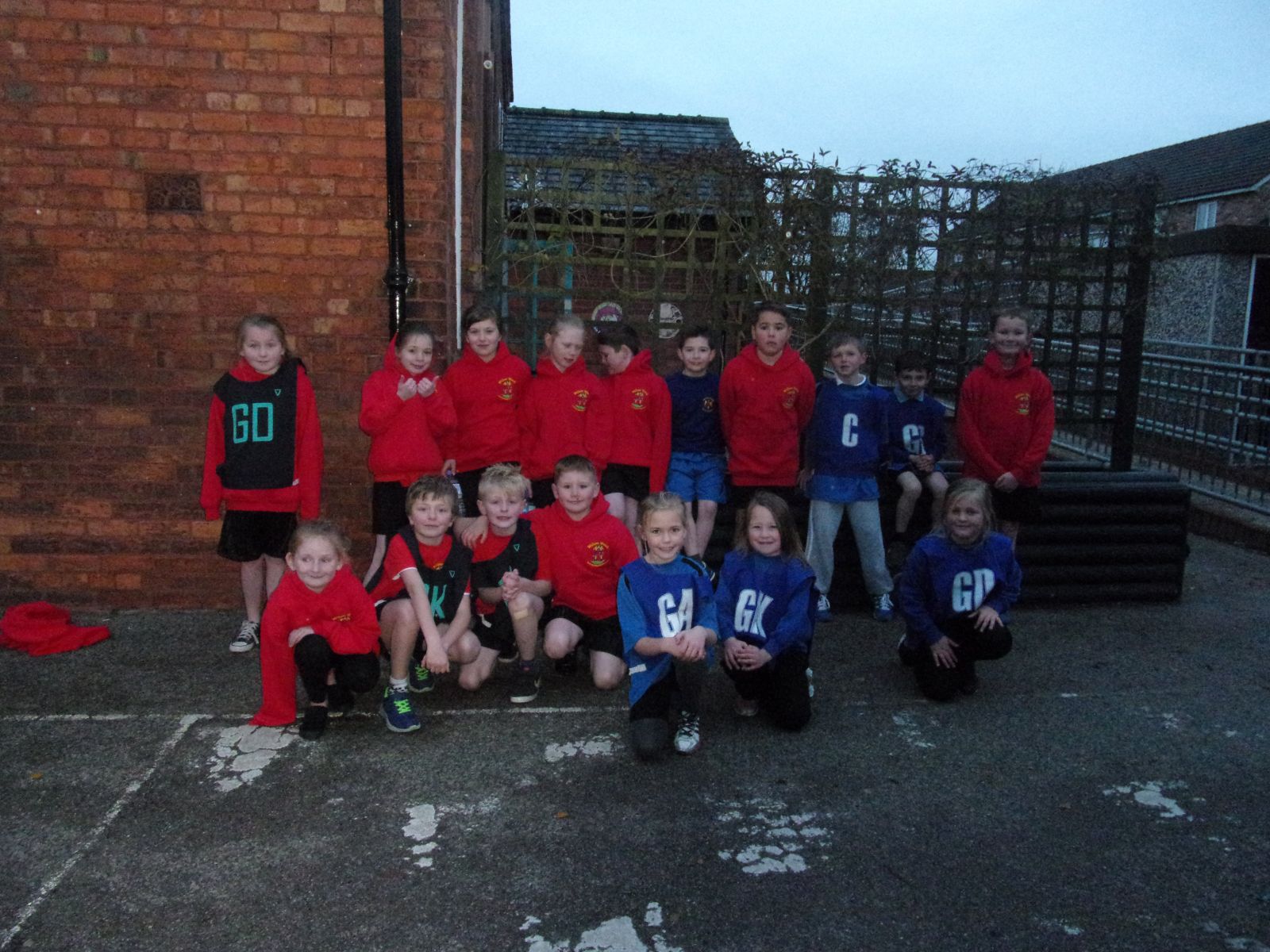 On Wednesday 4th November we were invited to join Over St John's for a friendly 'training session/match'. We took a far larger squad than would normally participate so that as many children as possible could get experience of playing in a match atmosphere and agreed together that more boys than would normally be allowed in a team could play.  We love our matches against Over St John's as they are always so welcoming and embrace the 'spirit of the games' commitment.

The game was evenly played throughout the first three quarters, but some excellent attacking play from OSJ saw us lose by more goals than we would have liked! Well done to everyone who took part. 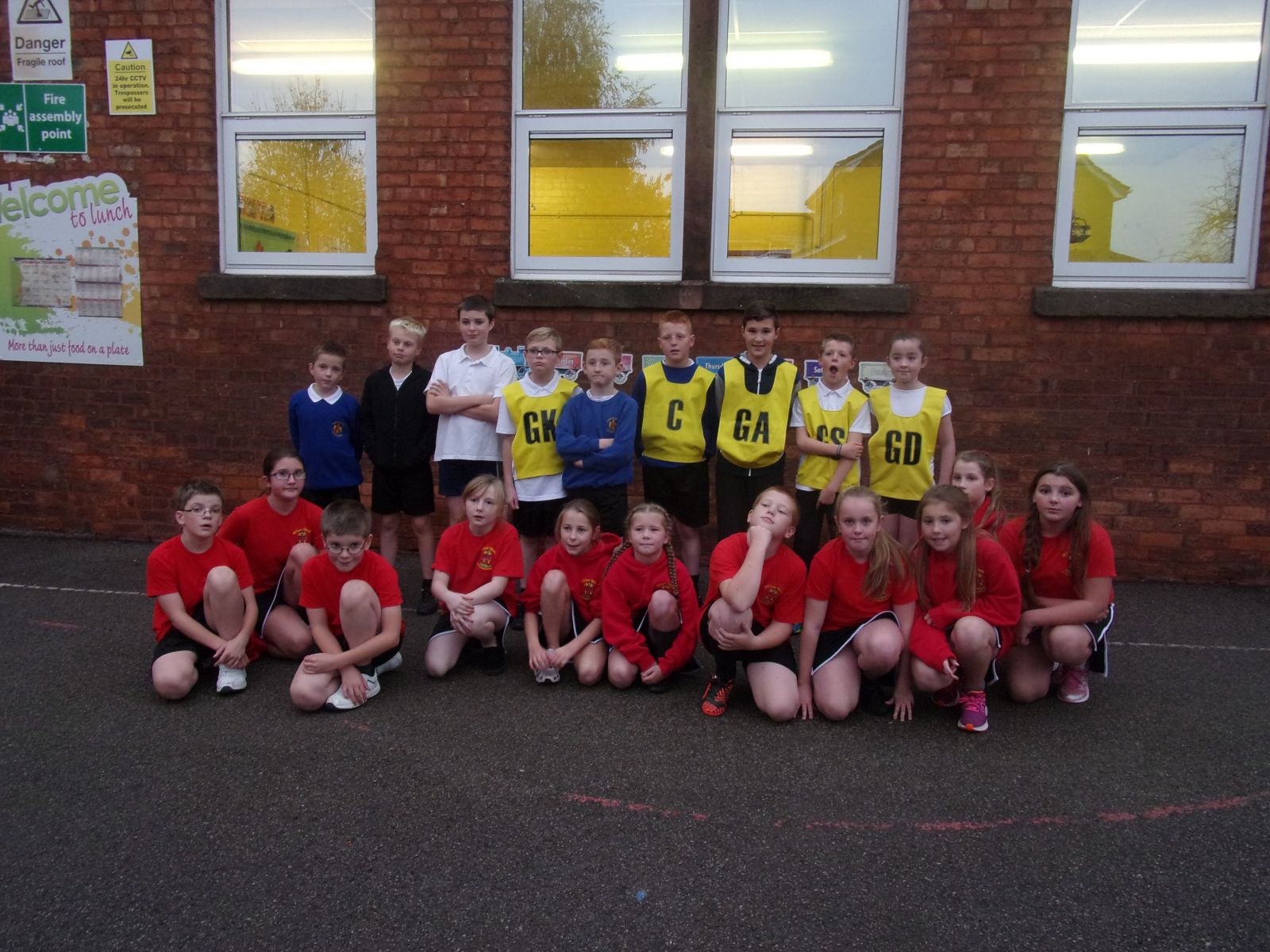 Congratulations to our netballers who finished runners-up in the first tournament of this year. Both the netballers and the footballers played extremely well, learning as they played and developing their skills throughout each match. Both groups have been attending after school club practices, both this year and last and it is great to see this level of enthusiasm across the school. Thanks also to the parents and carers who came along to support and to several staff members whose support made it possible for the children to participate. 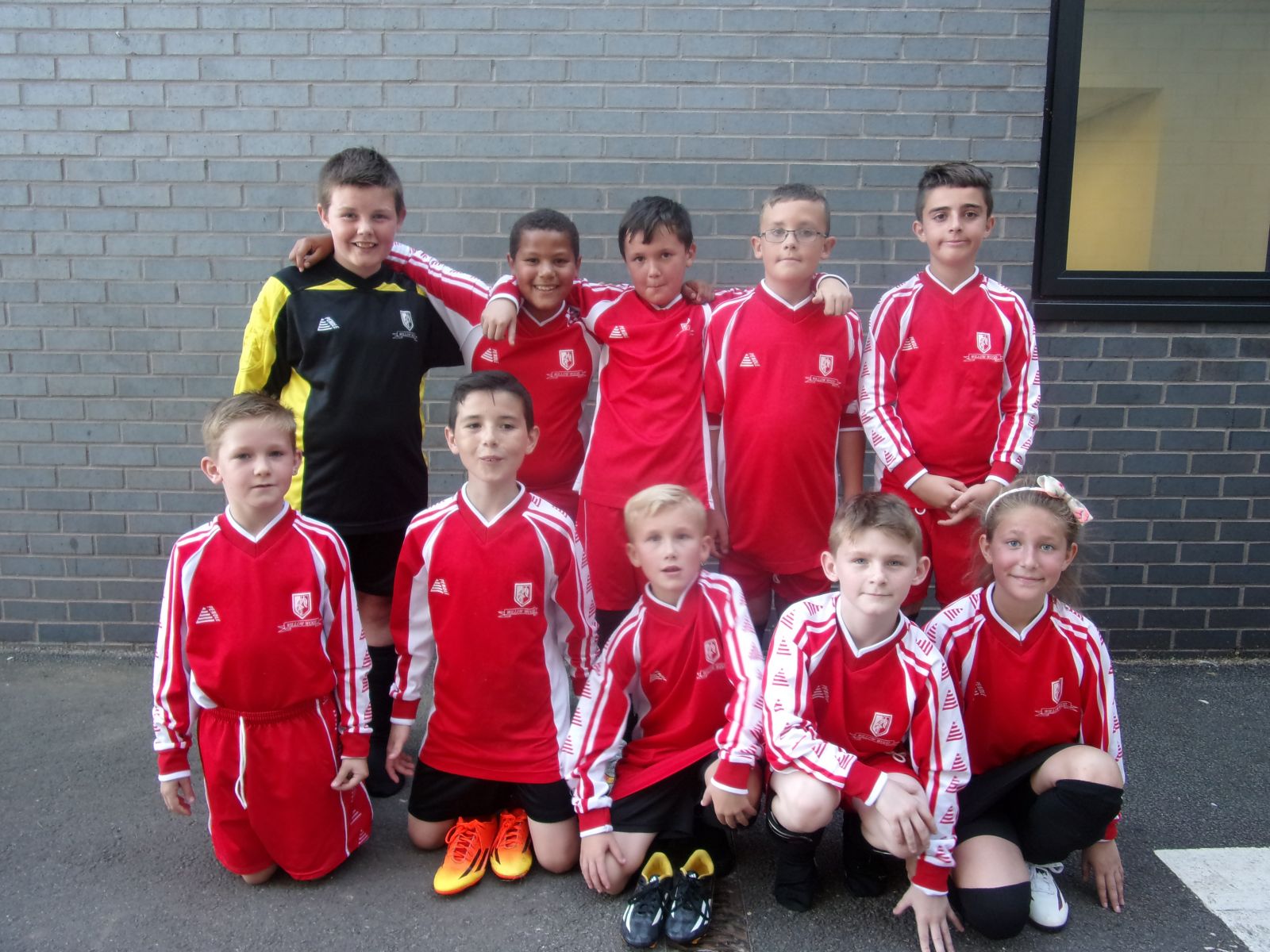 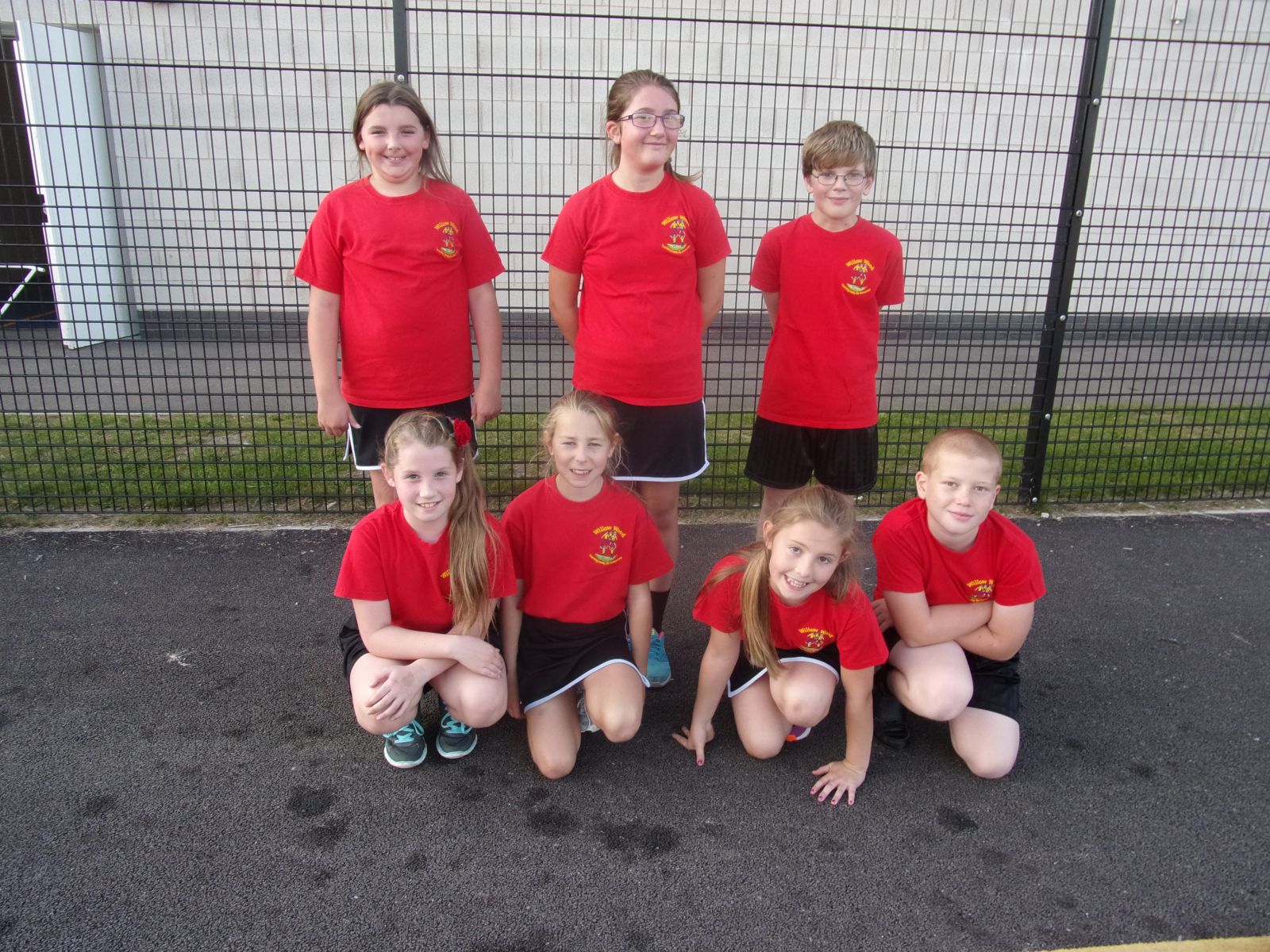 Our netball and football teams took part in their first matches of the year at the Academy on Friday 2nd October. They represented us in the first round of this tournament which leads through to County Play-offs later in the school year. As ever they were enthusiastic players and the progress our netballers have made since this time last year was evident. Thanks to their hard work and determination the netballers won both of their matches in this set of fixtures, hopefully they will do the same in the next part. Our footballers also played well, but were disappointed with their results. Better luck next time? They are looking forward to working on their skills as a team next week at football practise. As ever our children were a credit to the school, well-behaved, polite and with a sense of fair play. Thanks also go to the young leaders from Winsford Academy who refereed the games.

On Friday 2nd October 10 children took the short journey to Winsford Academy to represent Willow Wood in a 7-a-side football competition. The facilities, competition and glorious sunshine were enjoyed by all. We lost our opening match narrowly by 2-1 against Darnhall Primary School. However, there were many positives to take from the contest: Owen Hamill and Chiara Oravcova played really well in midfield, Alex Lloyd scored an unbelievable goal direct from a corner kick but player of the match went to captain, Dan Robinson for some excellent defending and leadership skills.

The second game came against Wharton Primary: the tournament favourites. We drew 0-0 with fantastic defensive displays by Daniel Robinson, Daniel Kambotucku and Kyle Holmes. We were unfortunate not to win the game when Jamie Felton nearly finished off a superb counter attack. However the player of the match went to our top scorer Alex Lloyd who actually played as Goalkeeper and stopped shot after shot with his catlike reflexes.  Everyone had a fantastic time and enjoyed the competition. With 3 more matches remaining, all is still to play for next week… 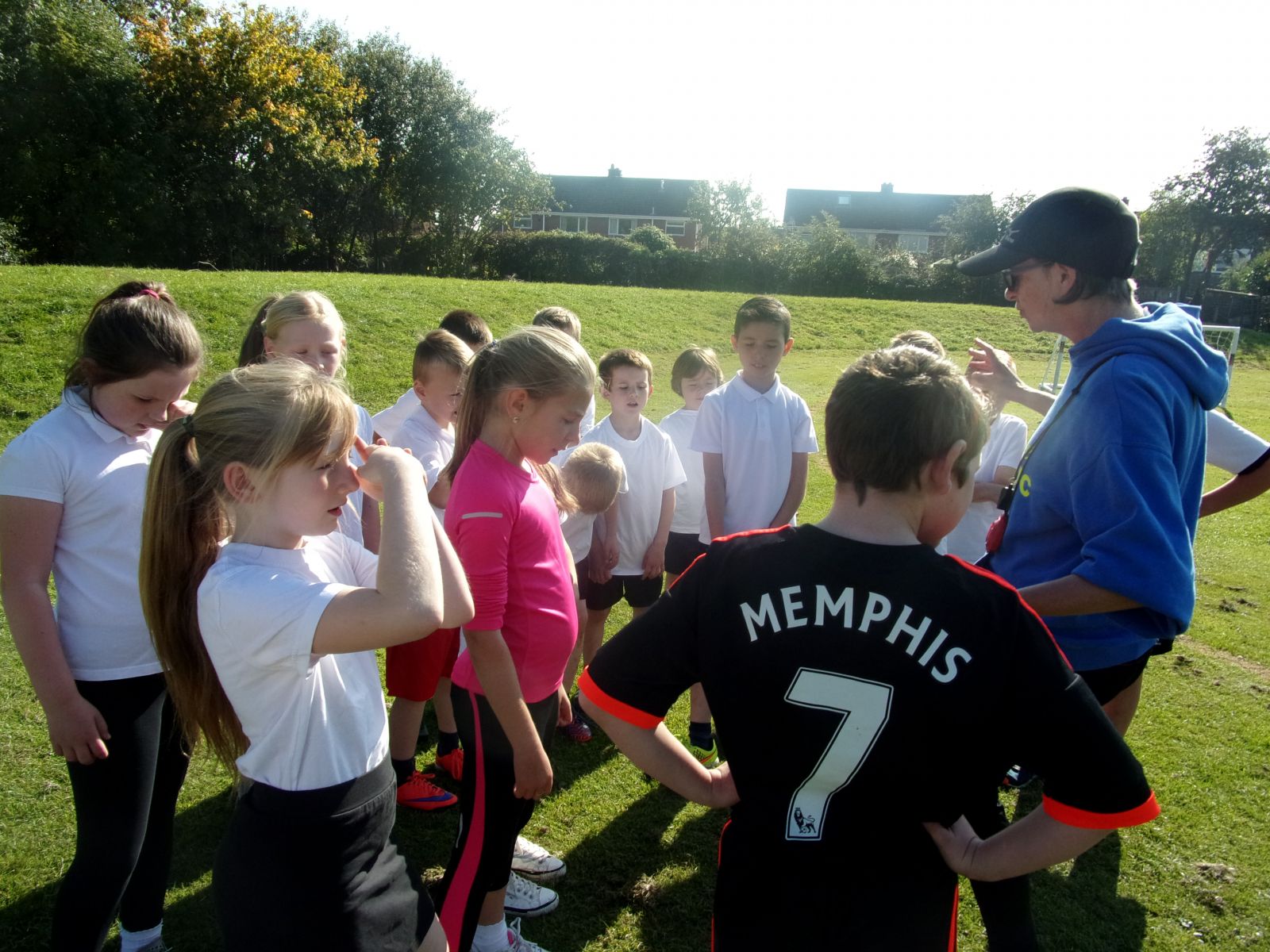 Lunch time Cross country training has begun this week. A group of 20 enthusiastic runners joined Jackie from Vale Royal Athletics Club learning how to run for longer as well as faster. The club takes place for as long as the weather allows us to use our field, or until the children can run for 11 minutes without stopping - try it, it's not as easy as it sounds!

Jackie is also working in year 3 on Friday afternoons too.

You can find out more about VRAC here.

Children have been practising their sprinting skills ready for our mini competition. All the classes will be setting 'personal bests' in sprinting, throwing, standing long jump and distance running. I wonder who will have improved the most by the end of the year? Year 6 were on the track, whilst year 3 were learning to be accurate with the timers!